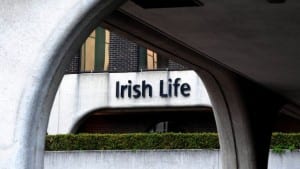 Burns Nowlan Solicitors Newbridge recently finalised an important case for a client who had previously taken out an Income Protection Policy with Irish Life Assurance plc., and due to illness submitted a claim to them on the 4th. January, 2011. Payments were commenced by Irish Life to her in September 2011.

During the claim process our client submitted an application to Irish Life under the Data Protection Act. When she received her file our client discovered that she had been placed under surveillance at the request of Irish Life by a Private Investigation Company called Health Claims Bureau Ireland Limited. In addition our clients partner was also placed under surveillance even though he was not named on the policy and was not a claimant.

The garden at the rear of the house shared by our client and partner was placed under camera surveillance. Attempts had been made by Health Claims Bureau Ltd. to listen in to private conversations between our client and her friends. In addition Health Claims Bureau Ltd. made periodic calls to the property occupied by our clients. When our client went for a medical appointment arranged by Irish Life the Doctor was provided by Irish Life with surveillance footage obtained by the private investigators.

Our clients partner ,who was not a party to the Income Protection Policy and had not submitted a claim to Irish Life Assurance plc , was also placed under surveillance. He was followed from his home to his golf club and also to a local Tesco Shopping Centre and to a petrol station.

Among the comments rescorded in the investigators report were that :-

“One of the operatives was concealed in a small wooded area near the house and was in a position to view all movements.”

“After a few minutes both operatives entered the restaurant and observed the couple in a corner cubical having a meal. The claimant had three courses and appeared to eat well.”

“Efforts were continually made to listen to the conversation but it was not possible due to the large crowd and the noise they generated. Claimant appeared relaxed and content and chatted continuously. The Claimant drank three glasses of wine…”.

Legal Proceedings were commenced by Burns Nowlan on behalf of our client and her partner against Irish Life Assurance plc., and Health Claims Bureau Ireland Limited . We claimed on behalf of our client and her partner that the surveillance they were placed under their was in breach of their Constitutional Rights to privacy, trespass and breach of their right to privacy under Article 8 of the European Convention of Human Rights and Sections 2 & 7 of the Data Protection Act. We also sought the destruction of all material obtained during the surveillance

Both cases were settled before they come on for hearing.