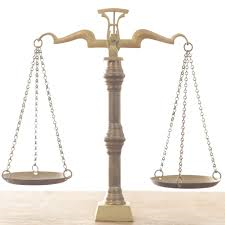 Burns Nowlan acted successfully on behalf of an employee of a large retail Company who was dismissed after the conclusion of an investigation and Disciplinary hearing. The Company terminated her employment with immediate effect and asserted that even though the employee had the right to Appeal her dismissal, the Company were entitled to issue her P45 and treat her employment as having ceased and no longer pay her wages.

In order to safeguard our client’s rights, an urgent application was made to the High Court  seeking the following injunctions:-

Her Honour, Ms. Justice Baker, found that in order to bring a successful injunction application an applicant’s case must past the test as set out in the 1983 case Campus Oil –v- Minister for Energy which has three elements:

In our client’s case, the High Court found that there was indeed a fair issue to be tried and that damages might not be an adequate remedy due to the reputational damage to the employee associated with her being dismissed from employment and that the balance of convenience would lie in favour of granting the relief.

However the High Court went on to find that this test alone fails to deal with the issue that the parties still have to work together and therefore in employment law cases there is a higher bar which must be established before a mandatory injunction will be granted. This was referred to in Fennelly J in the Supreme Court 2006 case of Maha Lingam –v- HSE, whereby he stated:-

“… The implication of an application of the present sort is that in substance what the plaintiff – appellant is seeking is a mandatory interlocutory injunction and it is well established that the ordinary test of a fair case to be tried is not sufficient to meet the first leg of the test for the grant of an interlocutory injunction where the injunction sought is in effect mandatory. In such a case it is necessary for the applicant to show at least that he has a strong case that he is likely to succeed at the hearing of the action.”

In our  clients case we submitted that the Defendant Company did not follow their own disciplinary policy when they dismissed the employee before they heard her appeal. Her Honour, Ms. Justice Baker, found that at best the disciplinary structure was less than clear. It had set out a two stage process. We argued on behalf of our client that the true reading of the policy was that the employment could not be terminated until such a time as both stages of the disciplinary process was complete.

Justice Baker explained that the Court does not like mandatory injunctions in employment cases because it forces relationships and this requires too much supervision.

However, Justice Baker granted the second relief sought on the basis that the second relief is mandatory in appearance only as it requires no supervision, no need for the parties to engage with one another and no restoration of the relationship is needed.

It was ordered that the Defendants had to continue to pay our clients wages until such a time as the disciplinary appeal has been determined.