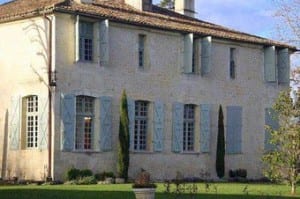 Irish owners  of French gîtes, Spanish villas or other properties abroad will now  be able to decide who can inherit this foreign property after a new European agreement came into effect on Monday the 17th. August 2015.

Most people are unaware that “forced heirship” rules in other countries mean they cannot fully choose who will inherit properties as local laws in the foreign countries, in which the property is located, often specify that a certain share of a property must pass on to particular family members.

The  new  EU regulations on cross-border legacies will allow people in Ireland to specify that a property should be bequeathed or pass to the person specified in the will under the law of their country of nationality or “habitual residence”.

The new regulations are an attempt to streamline inheritance provisions and reduce prolonged disputes or delays in the administration of estates in the country where the property is located. The regulations also create a new certificate of succession so that heirs can prove they are not merely interlopers.

People in Ireland who own property abroad should now review their wills and specify in this will what they want to happen the property abroad as and when they die. The change does not affect tax rules which are applied in the country where the property is located.

The new succession rules are to an extent complicated by the fact that the UK, Ireland and Denmark have opted out of the regulations meaning overseas owners of properties in these countries cannot choose to invoke laws from elsewhere.  The law in Ireland allows people to choose who inherits their property but Denmark, for example, specifies some forced heirship rules. Despite the opt out clause, Irish residents will still be able to benefit if they own a property in one of the 24 other EU countries as they will be able to elect for the law of their own nationality , that is Irish law , to apply in those countries which are bound by the new regulations.