Google launches ‘right to be forgotten’ webform for removal requests 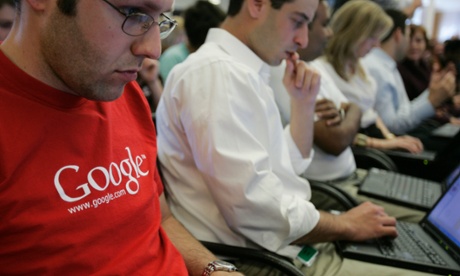 Google has launched a webpage where European citizens can request that links to information about them be taken off search results, the first step to comply with a court ruling affirming the “right to be forgotten”.

The company, which processes more than 90% of all web searches in Europe, has made available a webform through which people can submit their requests but has stopped short of specifying when it will remove links that meet the criteria for being taken down.

Google said it had convened a committee of senior executives and independent experts to try and craft a long-term approach to dealing with what is expected to be a barrage of requests from people in the EU.

“In implementing this decision we will assess each individual request and attempt to balance the privacy rights of the individual with the public’s right to know and distribute information,” says the webform page.

Google says in the form that when evaluating requests it will consider whether the results include outdated information about a person, as well as whether there is a public interest in the information, such as information about professional malpractice, criminal convictions and the public conduct of government officials.

The form includes space for users to submit objectionable links and a box for the person to explain why the link is “irrelevant, outdated or otherwise inappropriate”.

To make a request a person must submit a digital copy of an official identification, such as a valid driver’s licence, and select from a drop-down menu the appropriate European country whose law applies to the request.

The decision by the court of justice of the EU places Google in a tricky position as it strives to interpret the EU’s broad criteria for objectionable links and to remove certain content from its search engine while preserving its popularity as a resource for users to find all manner of information.

Google will face a logistical challenge in processing requests in various languages.

Failure to remove links that meet the EU’s broad criteria for take-down can result in fines. Since the ruling Google has received thousands of removal requests, according to a person familiar with the situation.

Google has said it is disappointed with the EU ruling and executive chairman Eric Schmidt said the balance the court struck between privacy and “the right to know” was wrong.

Among the members of the special advisory committee Google is forming to study the issue are Jimmy Wales, co-founder of Wikipedia, and Frank La Rue, the UN special rapporteur on freedom of opinion and expression.

The committee will be co-chaired by Schmidt and Google’s chief legal officer, David Drummond.

Google said in a statement on Thursday that it would work with data protection authorities and others as it implemented the ruling. It was not clear when Google would begin removing links. In the webform Google says it is “working to finalise our implementation of removal requests under European data protection law as soon as possible. In the meantime please fill out the form below and we will notify you when we start processing your request.”

Yahoo has said it is “carefully reviewing” how the decision affects its business and users, while Microsoft, which operates the Bing search engine, has declined to comment.