HSE apologises to patient over delay in investigation 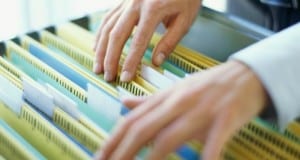 The HSE also apologised to the woman after an external report found her psychiatrist crossed professional boundaries when treating her.

The report, which found the psychiatrist’s crossing of professional boundaries did not constitute an abusive interaction, has been referred to the Medical Council.

The report was given to the woman’s lawyers last September only after they threatened to go to the High Court to force the HSE to release it.

It criticised poor record-keeping by the psychiatrist, with “long gaps” in clinical notes kept by him over six years.

His approach drew from different therapies, “for which in some cases he had little or no formal training”.

The report was commissioned in response to a complaint by the patient in January 2013, listing 27 alleged “incidents” involving herself and the psychiatrist.

These included hand-holding, the stroking of her arm and hair, buying her gifts and meals.

The psychiatrist accepted most of the incidents happened but took issue with the interpretation by the patient.

Within days of her filing the complaint, a preliminary screening by a senior HSE clinician concluded an abusive interaction could have occurred and a formal investigation was warranted.

There is no documentation on file to show the HSE took any substantive action about the complaint until after April 2014, when the woman engaged Burns Nowlan solicitors.

They wrote to Minister for Health Leo Varadkar in October 2014 highlighting the delay and seeking an independent investigation.

More delays ensued in finding a psychiatrist to conduct the inquiry, which began in December 2014.