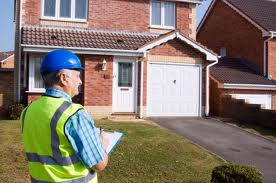 Most people wouldn’t dream of buying a secondhand car without a mechanic’s report yet a recent Red C poll commissioned by the Society of Chartered Surveyors Ireland (SCSI) shows that six out of 10 house-buyers did not get a survey done prior to purchase.

Clearly the society has a vested interest as its members are the people who carry out such surveys. But the idea that 60 per cent of buyers wander blindly into what is probably the biggest investment of their life shows a peculiar lack of concern for their personal finances.

This leap of faith by the purchaser is based probably on the manifestly false assumption that the surveyor’s report supplied to the bank to secure a mortgage is confirmation that the property is sound, and in good condition.

It is no such thing, nor is it required to. In reality, the lending institution whose multiple hoops you have just negotiated to get that mortgage has no interest in flaws or defects in a property.

The bank’s concern is solely that the valuation of the property is accurate and likely to withstand the elements for the duration of the mortgage. It is the mortgage that counts – at least for the lender.

For the sake of a few hundred euro, depending on the depth of the property inspection sought, you could know exactly what it is you propose to plough your hundreds of thousands of euro into. It could be the best money you’ll ever spend.

Hidden defects can cost thousands to repair and may include rising damp, pyrite, broken sewerage pipes or drains, flood risks, faulty wiring or a host of other headaches lurking behind that fresh lick of paint, plaster or wardrobe in the upstairs bedroom.

This rule of “let the buyer beware” applies also to newly built structures.

But what exactly can you expect from an independent survey. After all, the seller of the property is unlikely to want people stripping away paintwork or digging up floorboards of their home when it is on the market.

A standard independent survey will general examine the main structural elements of a home – roofs, walls, floor and finishes inside and out. However, there will often be a caveat that an opinion cannot be given on parts of the building that are inaccessible or unexposed – such as under floorboards or timber cladding or in wall or ceiling linings – though a reliable surveyor will expressly state what has been or cannot be vouched for.

Comments such as, “Walls internally are typically drylined with plasterboard finishes. This restricted access to inspect for rising damp”, are not unusual, though they do at least provide specific questions for purchasers to ask sellers, ideally in writing, before concluding a deal.

Also, a general building survey will not normally test electrical, plumbing, heating or drainage installations. An aspiring buyer may need to seek guidance from a qualified specialist in these areas, especially if a surveyor makes any general comments on any of these matters.

Former chairman of the building division of the SCSI Fergus Merriman has worked in the construction industry for 42 years.

“Prior to 2008 and the property crash, mortgage transactions were based on the bank’s drive to ensure that the legal team ascertained that the value was there – based on the land. The bank doesn’t care if the property has no windows, dry rot, rising damp, or is fit for purpose,” he says.

Merriman says that, as it stands, the law does little to protect the consumer in what is possibly the largest single investment of their lives.

He is in favour of a change in legislation governing the protocol between the Central Bank and institutions on mortgage lending that would see lenders made culpable if they lend fund the purchase of what are fundamentally poor buildings.

He also says solicitors should be obliged to advise clients of the importance of having an independent building inspection, reminding them of the limited purpose of a bank valuation survey.

According to an Irish Law Society spokesperson, “The current recommended practice, as provided by the Law Society, is that solicitors advise clients to have an independent survey carried out prior to purchasing a property.”

But if the Irish system isn’t perfect, what happens elsewhere and could we learn from that?

Taken at face value, the sale of property system in the US would appear to be “picture perfect” with the interests of the purchaser the priority. The burden of proof as to the condition of the property lies with the seller.

“In the US, you’re reliant on the vendor telling the truth,” Merriman says but notes that “this has generated a horrendous amount of litigation.

When the purchaser discovers the property survey the seller provided is flawed, their only option is the law. This route can cost a lot more than it would [take] to repair the flaws.”

In Ireland and Britain, the law relies on the principle of caveat emptor – buyer beware.

“Obviously, if we were diminishing that stance by saying the vendor provides all the information that’s needed (survey, title, searches, etc as in the US), Irish and UK law isn’t strong enough to rely on the vendor’s integrity alone, and the purchaser could get a false impression on the property based on the gloss the seller put on it,” Merriman warns.

In 2007, the UK government introduced a “Home Information Pack”.

This essentially amounted to putting the onus for the multiple certification process on the vendor to organise and pay for. The purchaser then had to have faith in whatever the vendor said.

“Who in their right mind would believe the vendor? There was a complete conflict of interest here and the HIP initiative has failed,” Merriman says.

The SCSI publishes a booklet, Surveys of Residential Property – Consumer Guidelines to try and strengthen the position of the buyer.

It emphasises the importance of having a fully qualified professional carry out a full building survey report.

“If the vendor is aware they’re going to get a knock on the door by a qualified surveyor, they’re less likely to try and hide the defects in their property and risk being caught,” Merriman says.

That may be more true now after the crash in the property market, though recent experience in certain parts of the State point to buyers in a tight market cutting corners to ensure they are not gazumped on a deal for their new home.

New construction standards in the Building Control (Amendment) Regulation (SI.9 of 2014) introduced this year apply to all new houses and directly affect developers and professionals in the trade, and go some way towards protecting the purchaser.

But are the lending institutions failing in their duty to secure the finance they are lending as well as failing to protect hard-pressed borrowers?

Anne Millar, managing director of Inspex Solutions, an RIAI award-winning home building inspection company, says: “Potential homebuyers for some reason, don’t seem to know that, when buying a home, they’re on their own and it’s a case of buyer beware.

“Armed with a full building inspection report conducted by a professionally qualified engineer or chartered building surveyor, they know what they’re getting into and bring potentially costly building defects to the attention of the seller.

“This report can also influence the final purchase price of the house and potentially save the purchaser thousands, and endless emotional wear, tear and a lot of tears.”

Even is the defects are not enough to warrant pulling out of the purchase, a survey can provide a useful to do list for the new homeowner.

Survey story: ‘I hadn’t noticed the cracks in the exterior wall at the rear’

Edel Arnott now lives in the three-bedroom semi-detached house in Cork which she purchased last September.

She says: “My main concerns were location, [that it be] a semi-D, and off-street parking. I was open-minded about how much fixing up I’d be prepared to do on a house.

“My first impression was what a lovely location it was; very central and in a mature estate.

“Inside, the house stank and had been badly maintained. It had been rented out and the landlord clearly didn’t put any money into the property.

“I got the engineer’s report to satisfy the mortgage lender. I was aware that it needed insulation and the windows were a bit antiquated. The décor needed a complete make-over.

“The kitchen floor was a bit sunken and it transpired that some shoddy subsidence work had been carried out at one time.”

She says: “I didn’t know about the underpinning and hadn’t noticed the cracks in the exterior wall at the rear. They were about 2 foot in length and were very thick.

“The kitchen floor had to be completely replaced. The bill started to mount up and I had no legal come-back. I realised that I should have had due-diligence carried out on the property in its entirety.”

That wasn’t all. Arnott says: “I discovered snags in the plaster board and cracks in two of the bedroom ceilings. Both ceilings needed to be replaced. There was a leak in the roof which needed joints and the felt replaced.

“I went €9,000 over budget very easily. The location clinched the deal but, if I were to try and sell now, I wouldn’t get my money back. When it comes to thinking about a structural report, I’d say do it.

“No matter what, you’re going to hit snags, big or small. It will be worth its weight 10 times over.”