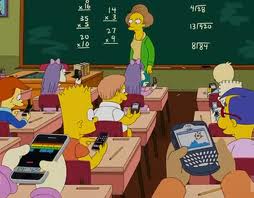 In a case in the U.S.A. the Plaintiffs were nine Californian public school students who challenged five provisions of the Californian Education Code which provided teachers employed for more than eighteen months with strong job security and required lay offs to be made solely on time employed.

The students sued the State of California and the Californian Teachers Association. The children claimed that the Statutes resulted in “grossly ineffective teachers obtaining and retaining permanent employment and that these teachers are disproportionately situated in schools serving predominantly low income and minority students. “ They claimed the statutes violated their fundamental rights to equality of education by adversely affecting the quality of education they are afforded by the state.

During the hearing the Judge referred to evidence given that “Based on a massive study, Dr. Chetty testified that a single year in a classroom with a grossly ineffective teacher costs students $1.4 million in lifetime earnings per classroom.”

The Court also referred to the system where” the last hired teacher is the statutorily mandated first fired one when lay-offs occur. No matter how gifted the junior teacher and no matter how grossly ineffective the senior teacher, the senior one is left in place.”

The Court ruled that the state’s system for tenure and seniority for public school teachers was therefore unconstitutional.