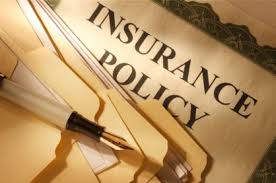 Mr Justice John Hedigan last week ruled that the MIBI (Motor Insurance Bureau of Ireland) is liable to cover claims made by and against Setanta policyholders. Approximately 1,750 such claims remain in existence.

The MIBI was set up by the Minister of Transport for the purpose of compensating victims of road traffic accidents caused by uninsured or unidentified vehicles.

Setanta, a member of MIBI, went into liquidation in April 2014 and the question arose as to who would be responsible for paying outstanding claims made by and against Setanta policy holders.

The MIBI claimed it did not have to pay awards against policy holders where the insurer was unable to pay all or part of the award because of insolvency.  The Department of Transport agreed with MIBI’s view and the Minister for Transport suggested policyholders should pursue claims with the liquidator of Setanta. MIBI argued that the bill should ultimately rest with the Insurance Compensation Fund, however this would have resulted in a claimant’s entitlement to compensation being capped at 65%.

Judge Hedigan said it was clear that the background to the MIBI agreements was the obligation to protect the innocent victims of uninsured drivers. He said that the 2009 MIBI Agreement entered into with it’s members meant that MIBI was liable to pay claims made against drivers who had been insured by an insurer which had become insolvent.

The effect of the judgment means that the MIBI will be liable to pay out in respect of claims against persons who were insured with Setanta at the time of its liquidation. This decision brings claimants, many of whom have suffered significant injury or loss, closer to securing compensation. The decision is likely to be appealed however.