The Supreme Court upholds the right to amend proceedings 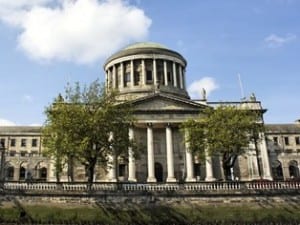 Burns Nowlan win important Supreme Court appeal during which one Supreme Court Judge asked Counsel for the State “Does the State know where it is going  – is it going back to the 19th. Century”  and another said if the State’s reliance on the Weldon case was followed  “another century of injustice would be stored up.”

The Appeal to the Supreme Court related to an application brought by Burns Nowlan Solicitors in the case of Moorehouse –v- Governor of Wheatfield prison & Ors. [2014/128].  Shortly after taking over the case it became apparent that amendments were necessary to the Personal Injuries Summons.  Ms. Justice Mary Irvine, while allowing certain amendments, disallowed  one amendment relating to the Plaintiff being under the influence of methadone at the time of the accident.

An appeal was filed to the Supreme Court which heard the appeal on the 9th. October 2014. It was argued on behalf of the appellant that Order 28 Rule 1 of the Superior Court rules  where the Court may allow either party to alter or amend pleadings for the purpose of determining the real question in controversy between the parties.

Previous cases [Krops v Irish Forestry Board and Kieran Ryan [1995/2LR/113] and Croke –v- Waterford Crystal Limited and Irish Pensions [2005/2LR/ 383] were referred to by Counsel for the Appellant in support of the application that the amendment be allowed. It was also submitted that the provisions of the Superior Courts [Personal Injuries 2005] Statutory Instrument 248/2005 did not prevent or restrict the Courts discretion to consent to amendments.

Various submissions were made by Counsel on behalf of the State the most fundamental being that the Civil Liability and Courts act 2004 and Rules of Court “colour the basis of judicial discretion to amend and render it all the more inappropriate to permit such amendments”.

The written judgement at a later date.