Volkswagen car [Volkswagen; Audi; Seat; Skoda] emissions scandal – are you affected? What are your rights? Have you received a letter recently from Volkswagen Ireland promising to get back to you about how they intend to remedy the problem? 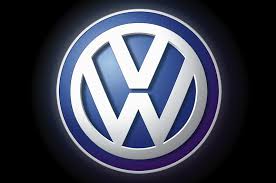 The VW car scandal relates to an admission by VW that a software code designed to cheat US emissions tests for nitrogen oxide (NOx), a harmful air pollutant, was included in the engine management system of its EA189 diesel engine. The engine in question came in three versions: 1.2-litre, 1.6-litre and 2-litre. The engines featured in Audi, Seat, Skoda and Volkswagen vehicles manufactured between 2008 and 2014.

Volkswagen have issued a statement  saying :

“Affected customers will be contacted, with details of a process to get their vehicles corrected in the near future. In the meantime, all vehicles are technically safe and roadworthy.”

VW’s UK boss Paul Willis has confirmed that 1.2-litre and 2.0-litre diesel engines will need a software fix, while cars with a 1.6-litre diesel will also need new injectors fitted. This means around 400,000 cars in England alone will require mechanical changes. When speaking before the House of Commons’ Select Committee Paul Willis failed to answer questions relating to whether or not UK owners would be compensated.

As a purchaser of a car you have statutory rights under the Sales of Goods and Supply of Services Act 1980.

The 1980 Act provides that anything you buy from a supplier must be:

A contract has arisen between you and the seller. If your purchase subsequently transpires to be faulty the retailer/supplier and not the manufacturer must resolve your complaint.

The scandal has serious implications for car owners affected who might now attempt to resell or trade in their car. It has come to the attention of Burns Nowlan Solicitors that at least one main car dealer is currently refusing to allow a car affected by the scandal to be traded in against another car.

The case of the current VW cars scandal was seemingly caused by Volkswagen using a software specifically designed to cheat emission tests and therefore the issue of misrepresentation [whether innocent or fraudulent] by Volkswagen or its agents may also arise.

Section 45 of the Act has important implications for anyone affected by the scandal. The relevant section provides:

In order to safeguard your legal rights and entitlements contact Burns Nowlan Solicitors NOW.  We can advise you as to how we will deal on your behalf to  the issues which have arisen.

Contact us now either by phone [045 – 432382] or by email info@bnsolicitors.ie Alternatively fill in and return the below questionnaire:-

Please furnish us with the Registration Number and make of the car, the date of purchase and the supplier/dealer.

It is important that you act now to protect your rights.