Workplace bullying costs money, trust and can even ruin lives 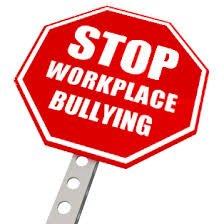 Workplace bullying is one of the most toxic social phenomena of our time. It is estimated that 100 suicides every year in Ireland can be attributed to it. The financial cost to industry is estimated to be €3 billion annually. The actual cost in lives damaged is inestimable. And yet, despite growing awareness of this scourge, bullies continue to thrive in our midst.

Snakes in Suits: When Psychopaths go to Work, a book by Dr Paul Babiak and Dr Robert Hare, describes the phenomenon well. They highlight the deceptive mask worn by these devious characters but acknowledge the difficulty in challenging their power or even finding them out.

It is often the case that the target of bullying realises what is happening to them only when their health breaks down. That is the inevitable outcome of sustained stress over time.

The classic workplace bully is usually quite charming, but behind this facade is a Jekyll and Hyde personality. They can be callously ruthless in destroying the careers of those they see as a threat. This individual is a pathological liar and emotionally immature. They never take responsibility for failure and always claim successes as their own. They are jealous, surrounding themselves with intellectually limited lackeys who are only too ready to do their bidding.

They adopt tactics that most decent people could not even come up with in their worst nightmare. Bullies target people when they are at their most vulnerable. For example, if a person is unwell or is looking after a sick relative, this is when bullies are likely to be at their most vindictive. Not surprisingly, these characters cannot be trusted in relationships, and extramarital affairs are not uncommon.

Regrettably, organisations seem only too willing to insulate these individuals with PR companies and legal teams. When it comes to challenging the bully, the person making their case will often fall at the first hurdle because they cannot afford the crushing legal expenses involved.

Bullies are drawn to situations in which there is a power vacuum or an absence of good leadership. Very often, fraud is the motivating factor. It would have been harder to convince people of this before the recession; however, I doubt whether there would be many dissenters now. Bullies create a climate of fear in an organisation. Anyone who challenges the culture, no matter how corrupt, becomes an outcast.

Fellow employees participate in this culture through their silence and by moving away from the person challenging the corrupted system. This person is perceived as a traitor to the cause or just too dangerous to know. This is regrettable, as honest and committed people become the most likely targets of the bully. This can be devastating and it can lead to the end of a career, with very negative consequences in their lives in general. When the bully is exposed for their wrongdoing, they are very quick to claim victimhood.

Amid the recent blanket media coverage of court cases, many may have missed what I consider to have been a searing piece of public broadcasting.

Conor Tiernan’s documentary for TV3, Whistleblowers: Can We Handle the Truth? , was shown on March 2nd and profiled the plight of a number of “whistleblowers”. It was sobering television.

The programme demonstrated that the price for pursuing the truth can be huge. Shattered lives, careers ended, financial ruin, serious illness and forced emigration are part of the price paid by those who have acted on conscience.

What was even more disturbing is the anonymity enjoyed by the perpetrators of this evil on decent citizens.

Indeed, these anonymous thugs usually go on to be promoted within their rancid systems. And what was clear from the programme is that this can be achieved only if the rest look on.

Among many quotes in the programme, perhaps the most telling comes from Martin Luther King: “History will have to record that the greatest tragedy . . . was not the vitriolic words and violent actions of the bad people, but the appalling silence and indifference of the good people.”

As long as we choose to look the other way while decent people’s lives are destroyed because they challenge wrongdoing, we have only ourselves to blame when catastrophic recessions cripple our country or vested interests drive the actions of policy makers.

As a society, we must begin to respect people of conscience; indeed, we should prize them.

For a moment, try to imagine how much better our country would be if we had heroes of conscience such as Tom Clonan, Noel Wardick, Maurice McCabe and Olivia Greene in positions of authority.

Conventional wisdom might say that this will never happen. But until my dying day I will continue to ask, why not?